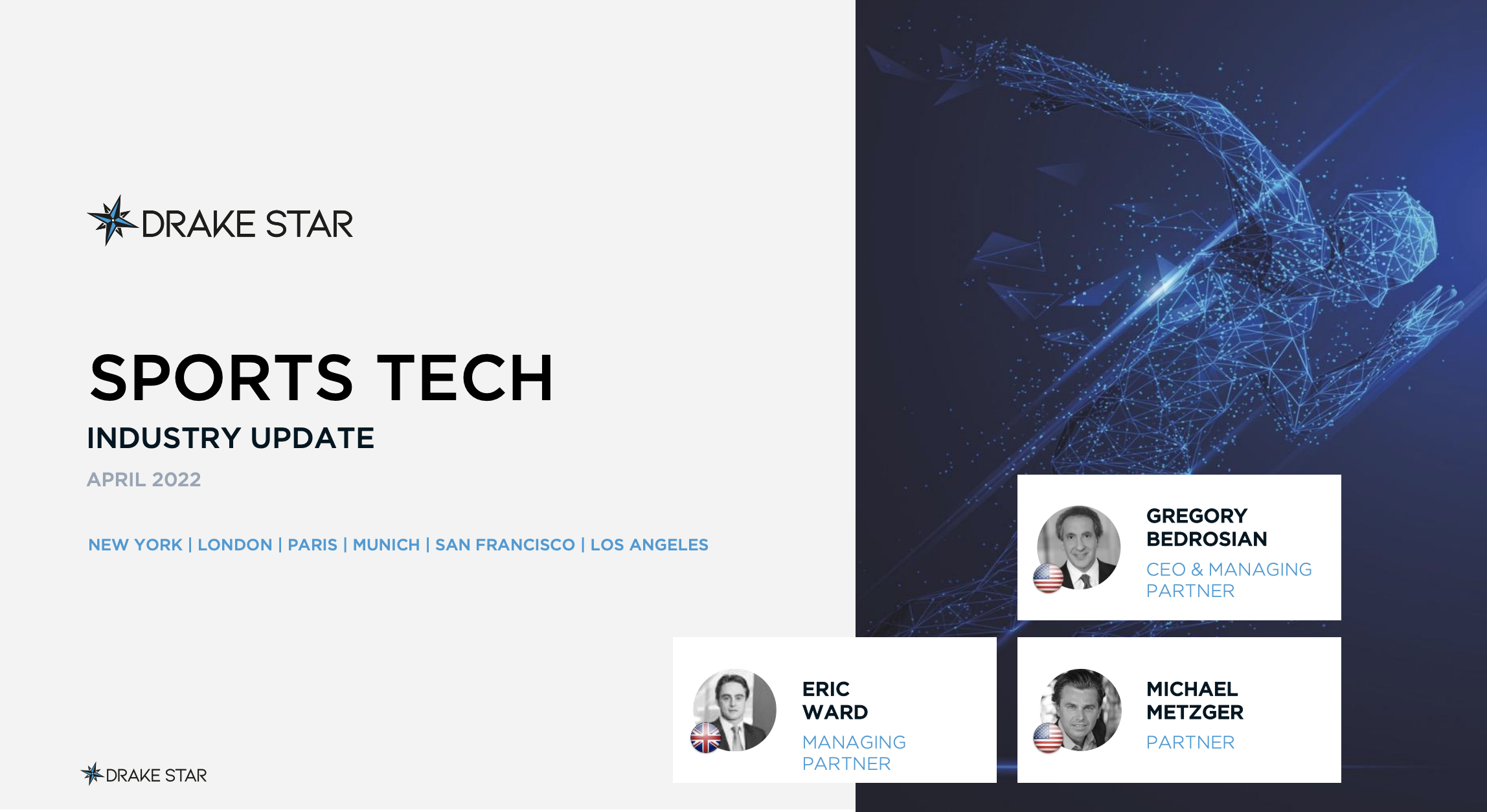 LONDON | NEW YORK | LOS ANGELES | May 20th, 2022 – Drake Star is pleased to release the April 2022 edition of its Global Sports Tech Industry Update. Sector valuations were down across the board vs March.

Fundraising activity in April reached a total of 41 deals and $3.0bn in disclosed funding