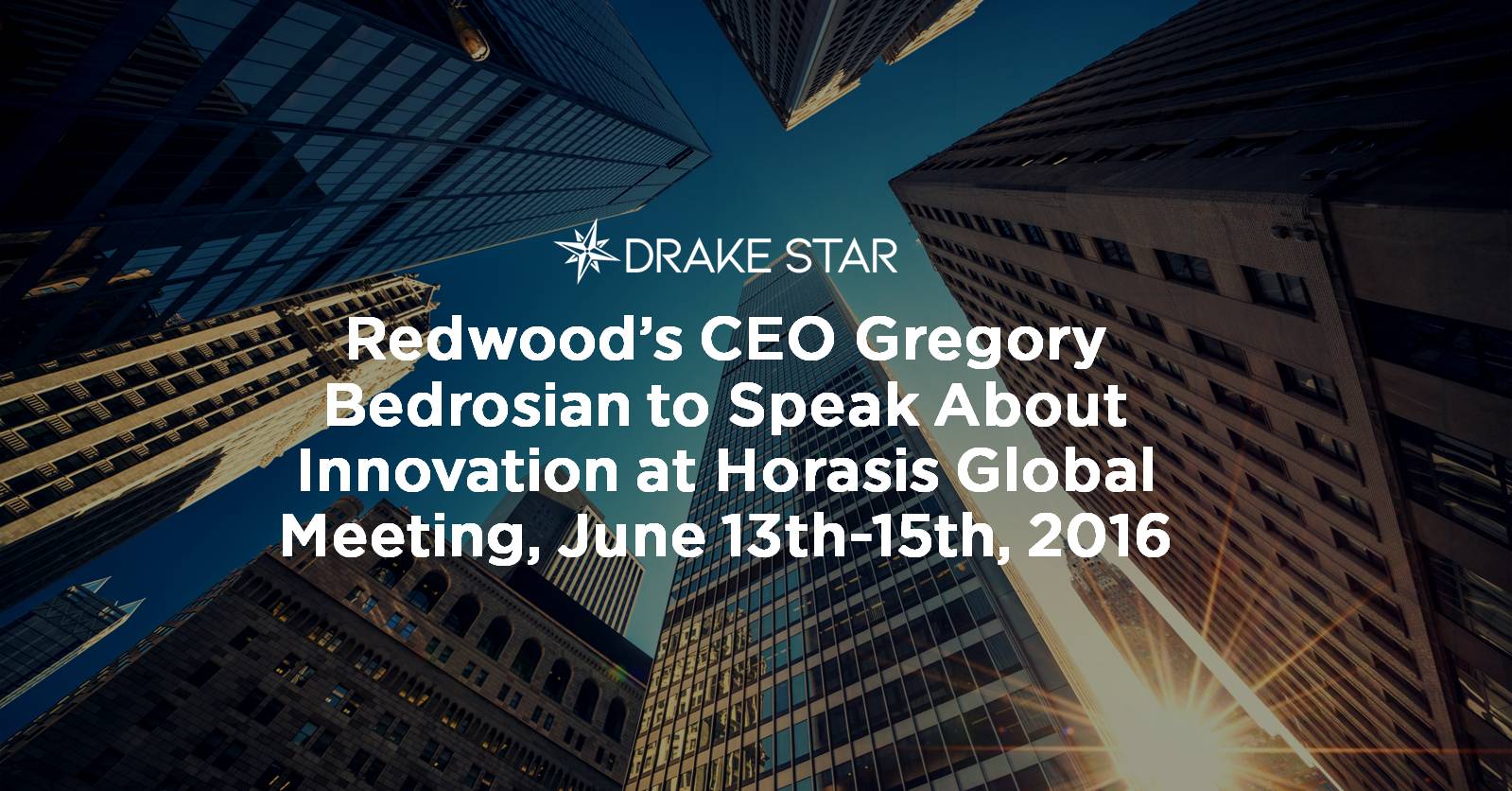 NEW YORK | LOS ANGELES | GENEVA | June 3rd 2016 - Gregory Bedrosian, Managing Partner & CEO of Redwood Capital Group and Co-Chairman of LD&A Redwood will speak on a panel discussion  "Freeing Capital, Boosting Innovation" at the Horasis Global Meeting being held in Liverpool, United Kingdom on June 13th-15th, 2016. The event is part of the International Festival For Business (IFB); guest speakers include The Right Honourable David Cameron, Prime Minister of the United Kingdom.
The Horasis Global Meeting summit entitled  "Visions for Tomorrow- from Uncertainty to Confidence"  promises to be one of this year’s foremost global gathering of international leaders from business, government, academia and civil society shaping the future of our economies and societies. Mr. Bedrosian will bring his award-winning expertise in cross-border M&A and private equity to speak on the "Freeing Capital, Boosting Innovation" panel, joining a prestigious group of corporate executives, financiers and policy makers from the US, China, India, UK, Israel and elsewhere to discuss and debate topics of investment and innovation.
About Horasis
Horasis is an independent think tank based in Zurich, Switzerland, which was established in 2005 by Frank-Jürgen Richter, its Chairman.
Horasis holds invitation-only meetings of global business leaders with a regional focus in China, India, Russia and the Middle East. Horasis has been dubbed "a kind of junior league World Economic Forum for the emerging market set" by The New York Times. In addition to the regional-focused meetings, Horasis holds the Horasis Global Meeting, and hosts private events for the Horasis Visionary Circle, a peer-to-peer group of entrepreneurs.
Horasis' stated mission is to "enact visions for a sustainable future" through new platforms for cooperation and knowledge-sharing, particularly between developed countries and emerging markets. The community works principally through partnerships with corporations, governments and international organizations, often serving as an incubator for new initiatives. These meetings rotate amongst host countries stage the events; selected corporations supplement speeches and presentations about actual topics.
Horasis meetings are usually held outside the respective geographic location of the 'in-focus' nation - in a host country. The events are a means for the countries 'in focus' as guests (China, India, Russia and the Arab world) to promote benign relations with the world and to display soft power through co-option and cooperation. The meetings are also a platform for the respective host country to engage in a policy dialogue with the guest countries.
For more information, please visit  www.horasis.org.