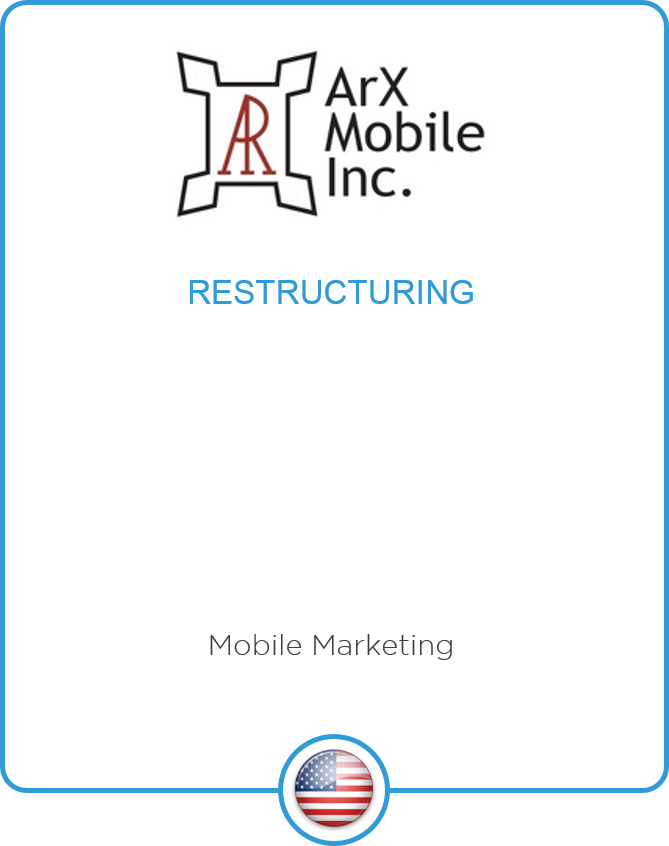 LOS ANGELES | October 12th, 2010 – Redwood Capital announced today that it has completed the restructuring and recapitalization of Distributive Networks, Inc. and renamed the company ArX Mobile, Inc. (“ArX Mobile” or the “Company”). As a result of the current transaction, Redwood will be the exclusive financial advisor to the Company going forward and is actively seeking add-on acquisitions in the space.

ArX Mobile will be led by Phil Sweatman, a successful and seasoned industry veteran from the wireless data services and mobile marketing space. Sweatman’s previous role was CEO of InphoMatch (later Mobile 365), a mobile data leader acquired by Sybase in 2006 for $417 million. Sweatman has also served as CEO of Triverity and CFO of Telogy Networks which was acquired by Texas Instruments for $673 million.

Nathan Johnson, Managing Partner of Redwood Capital and Head of Redwood’s Restructuring Practice, commented: “ArX Mobile will continue the tradition of providing cutting edge mobile marketing and messaging services to the business, nonprofit and political verticals it serves. The effort to restructure the predecessor company was fraught with complications and fortunately we were able to keep the business from filing for bankruptcy protection, bring in a very talented new CEO, and recapitalize ArX Mobile.”

“Redwood Capital did a terrific job of helping us manage the transition in management and recapitalizing this company under very difficult time constraints”, added Phil Sweatman, CEO of ArX Mobile. “Redwood’s ability to sort through the complexities of this deal rapidly and help us control the transaction while securing capital is the reason ArX Mobile is on the path to success.”