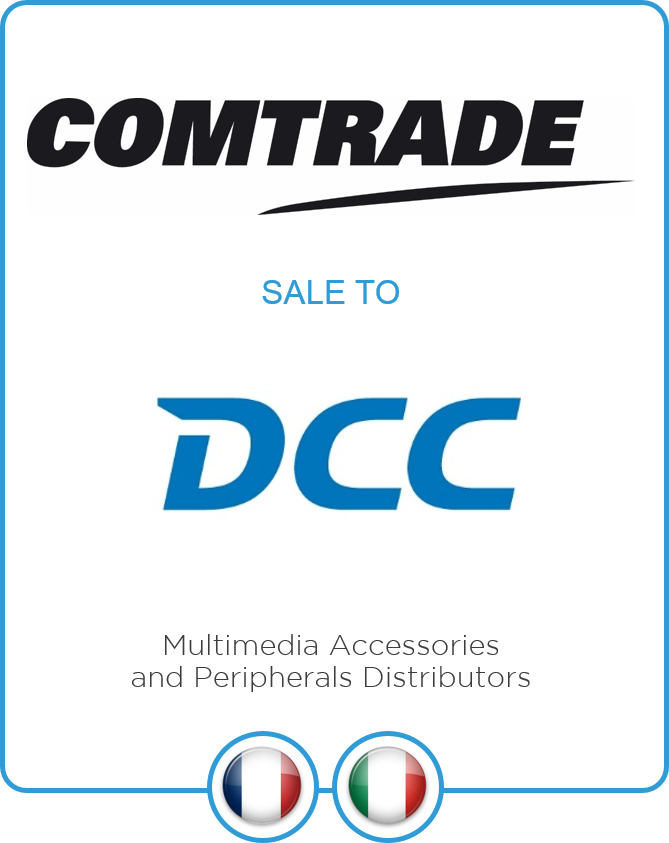 LD&A acted as advisor to Comtrade on the sale of the company to DCC plc, an Irish business support services group. The purchase is expected to be finalised by the end of September after approval by French competition authorities.

Founded in 1997 by Stefan Riesser and based outside Paris, Comtrade is a French importer and distributor of PC and multimedia accessories and peripherals (such as Ipod/MP3 docking stations, speakers, headsets, external hard drives…) to major retailers and e-retailers such as Carrefour, FNAC and Pixmania.

DCC Group is listed on the Dublin and London Stock Exchanges. It reported €6.7b revenues for the year ending 31 March 2010. This new acquisition will significantly extend its products range and its reach to French consumer electronics retailers both online and offline.

”We were most impressed by the high value-added services which the company offers the brands in its portfolio and we were very happy to accompany Comtrade and its shareholders in this transaction which integrates a national expert into an international group. We are convinced of the advantages of this operation for DCC which is now the uncontested leader of importation and distribution of PC and multimedia accessories in France” comments Eve Lee-Pligersdorffer, Associate with LD&A.